October is Down syndrome Awareness Month

Down syndrome changed our lives forever. It has taken me down a life path I never could have fathomed for myself. I have had life experiences that I could only imagine reading about. Some of them phenomenal. Some of them heart stopping.

Most of them breath taking. 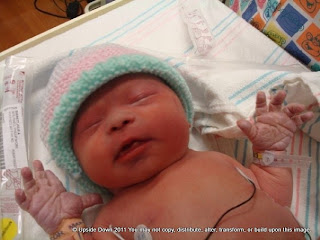 Kai made me a mommy. Kai made me fierce. Kai first captivated my heart in a way I never knew was possible, instantly. Kai scared me. And he made me proud. But most importantly, Kai is teaching me. He wrapped his tiny hand around my finger and began guiding me down a path in my life that would have never been paved without him. 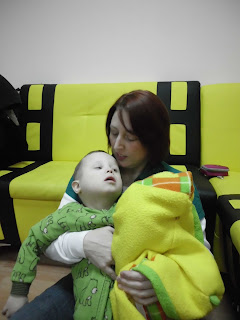 This is the second time I met Peter but our first real visit with Peter. Our first meeting was brief and a lot of other people were present and watching. This is the first time I held him and told him I loved him. We loved him. We were finally here to take him home. Peter showed me what survival looked like. Peter showed me what it was to keep living even when you didnt know what you were living for. As I held Peter, I realized how lucky we were to have found him. Not his luck, but ours. How this child had been overlooked for almost 5 years in a crib, in an orphanage in Ukraine, is beyond me. And by overlooked, I mean not one single family even inquired about him. His health history on the website scared people. It looked dismal, although it didnt translate well because even I had no idea what some of his medical diagnosis were, there was a lot of misinformation.

I didnt know any of his supposed medical history when I first looked into his eyes that very early morning in bed, opening an email from my very very close friend, Christie McGregor, that had his picture and desperate plea from her to all the people she had sent it too. A plea searching for his forever family. I knew what it was before I opened it and normally I wouldnt have opened it. We planned to adopt a child with Down syndrome internationally when we were done having biological children, so I stopped looking at children in Eastern Europe that needed homes. It made me sad to see them all, so I couldnt look. And then, there he was. The only way I will ever be able to describe how I felt when I opened that email and saw Peter's picture is it was like seeing my child in a very crowded mall across the way, but knowing without seeing all the details that it was most certainly my child.

That is what Peter needed to find his forever family, his parents. He needed someone to see his picture, look into those eyes without reading those details, and know without a doubt that he was their child. And that is exactly what happened. I gently shook my husband next to me in bed and told him, I found him. I found our son. Its time to adopt. He didnt say a word but I knew he trusted and understood what I had said on a level only he and I can understand. The next morning we got up and I contacted the site Peter was listed on and got the ball rolling to commit to and start the adoption process. We never discussed it. I know that sounds odd or foolish to some. But it was just what we were supposed to be doing and there was no reason to be talking about it; we understood that in a way I cant really convey to you. But it is how our relationship works.

Peter had a stronghold over my heart I can never explain. He had a tight grip on it before we even met him, but my love and attachment as a mother to him was instant. I dont know if that is the norm but I assume not since it isnt always the case even with biological children. A lot of times there are emotional expectations that arent met and just plain 'this isnt what I thought it would be like' situations. Our love for him was tested in a way I never expected, even before the picture above, and we fought for him like I have never fought for something before. I fought in a way I didnt know existed in me. We stood up against forces much larger and ominous than one could imagine. We fought for him in a place where we had no ground or foothold. We were sure we had lost him.

But we had not.

I dont know still why we didnt. It does not mean there was not a casualty in the fight. There was. A little boy we will never forget, never forget how it felt to hold him that one time, thankful we were able to tell him that one time that we loved him(not knowing it would be the one and only times). At least we know that he will have been told that once in his lifetime.

Peter changed us. Ty changed us. Ukraine most certainly changed us. Although the circumstances/outcomes at the time were hard and still not understood, we have definitely become people that are changed forever.

People often tell us we are this, we are that, we saved his life, they are so lucky...and we do appreciate the words...but you really do have it all wrong. That is not how any of it is. They have made us what we are. They have enriched our lives. They have taught us that the mundane really isnt, that the expected should be celebrated, that taking things for granted should never be.
They have taught me to keep doing something until I learn it without giving up, without complaining. If you keep at it, you will achieve it. I have learned to celebrate the minutiae. I have learned to keep trying to succeed or master something simply for the act of doing it. I have learned to be proud of everything I do. And unconditionally proud of them, without apology.

And within them, I found my passion.