October is Down syndrome Awareness Month 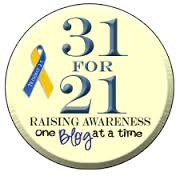 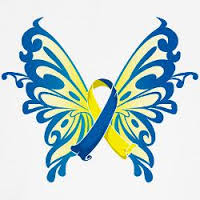 *Reposted from my FB status on September 24, 2015. Just transferring to my blog.

A close relative was forced to terminate(actually deliver) her baby at 21 weeks by her husband (in the mid 70s) because the baby had Down syndrome. Her husband had a brother with Down syndrome and wasn't bringing another 'R' into the world. That has always always bothered me growing up and I thought was a true tragedy.

My first born child, a boy named Kai, has Down syndrome. We knew before we had him. We chose to keep him.
Then we had a daughter 17 months later.

Twenty months after having Kai, we adopted our oldest son, Peter, from an orphanage in Ukraine. He was 5 at the time and had lived in a crib for those 5 years. He also has Down syndrome. He was born at 32 weeks and abandoned at the hospital because his country highly frowns upon these children. Although his biological mother did not choose him, she left him to be chosen by his Forever Family. We chose him BECAUSE he has Down syndrome.

I know #ShareYourAdoption was started by the movement of‪#‎ShareYourAbortion due to cuts made to Planned Parenthood. I support Planned Parenthood. At a time when I was a young college student with no health insurance, in this great country of ours, I utilized PP for my yearly pelvic exams for several several years in a row. PP are the ones the first detected my very aggressive and fast moving cervical cancer that was absolutely not even a squamous cell exactly one year before at the last exam they did. I was Stage 2 squamous cells. By the time I had the biopsy 6 weeks later with an OB it had changed from stage 2 to 3 to
Carcinoma InSitu. My OB told me my cancer progression in 1 year is typically seen in a span of 10 years. If I had missed that year, she said It very likely would have metastasized and spread to my reproductive system and then it's a free for all, usually bone...and that's not a good outcome.
If I had had children already she would've suggested a complete hysterectomy. I was almost 30 at the time. Thankfully she got all the cancer in one surgery and I would be able to one day have children and experience the miracle of life.

Maybe that's part of the reason I did not hesitate in our decision to have Kai even after we knew he had DS and a heart defect. Maybe it's because after working in the Nicu 5 years I knew DS was the Cadillac of genetic issues. Maybe it's because that close relative was robbed of her choice to keep her baby.

Regardless of the reasoning behind my choice to continue the pregnancy and have our wonderful boy, despite the 9 out of 10 women who chose opposite of me, Kai is here because OF Planned Parenthood. If not for them, who knows if my cancer would've been detected. I couldn't afford to go to an OB. I had little to no health insurance and likely would've chosen to skip a yearly pelvic exam over paying my college tuition or the electric bill. Likely it wouldn't have been detected. And there's a big likelihood I wouldn't be writing this today.

And because of Kai, we adopted Peter 3 years later.

So, in my case, PP saved the 4 lives of my children, two of them with Down syndrome.

PP provides more than just one service. It provides many. So before you bash an organization, and cheer them not receiving funds, know the whole story.

In fact, I'm sure many of your private OBs provide the very service you are bashing PP for providing.
So I am absolutely promoting adoption and standing behind Planned Parenthood.