Last year on January 6th, 2012, we finally reached what we had been striving for for almost a year.

It was Christmas Eve in Ukraine, but more importantly it was we what Forever Families  refer to as

We didnt know if we would be able to actually get you that day. There is so much to do. We had to go and get what is referred to as a red passport, which is done while you wait, then we had to to go get your birth certificate, which they did right then and there too...then we had to go to the bank and empty out your bank account that every orphan has. Technically we could do what we wished with that money. A lot of people said we should have kept it, but to me that is just wrong. It was not your fault that you lived in that Baby House for almost 5 years. Taking that money was like taking money from the mouths of the numerous children we saw every single day when we came to visit you. They would look up at us with pleading eyes and say 'MaMa? PaPa?'  Heartbreaking.

We really did not think we would get to take you with us that day...the dark blue looming door staring at us, telling us no... 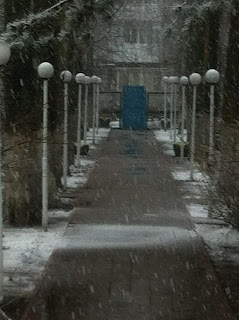 But by some stroke of luck, we were able to take you home with us that night. It was glorious. It was a little scary riding in the car with no car seat! 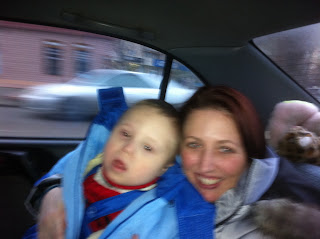 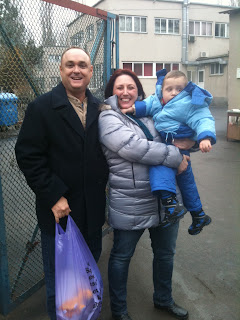 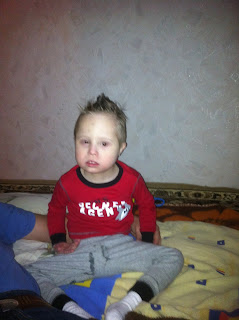 You have changed so much in a year Peter. You dont throw toys or beat them on your head, much. You can say Ball, MaMa, EAT EAT EAT EAT every 30 minutes, PaPa and Neigh. You are close to walking. You weighed 24lbs when we brought you home and were in 18 month clothing. You now tower over your brother and weigh more than he does. You are amazing.

We almost lost you in Ukraine. It is a story that I will soon tell. I just havent found the words to convey the betrayal, corruptness, lies, fear and misery we felt mixed with the emotions of happiness and joy. We truly did not think we would get you until you were in our arms and we were on a plane back to Houston.

Mommy and Daddy love you with all our heart. We are still so terrible sad and heartbroken that Ty could not come with us...and Mommy will tell that story soon.

In the meantime, it has been over a year and only a couple of people have seen the videos from the first time we met Ty and then you. I couldnt bare to play them...I think of him daily, and I am grateful for you. We almost lost both of you.

We have never publicly played the video of our first meeting with Peter, so we thought it was time.


Although Gotcha Day was January 6th, we met Peter on December 6th. He was beautiful and everything I imagined him to be...except for the empty shell he appeared to be. He no longer is that empty shell of a boy. He laughs when the wind blows in his face. He snorts at his therapists. He screams out in pure glee riding in the car for no reason.


Let us not forget another little boy from December 6th. Although that day began full of joy and excitement, it ended hours and hours later in fear and tears and a loneliness we had never experienced. The story is still too hard for me to tell, but I am getting there. But I do want everyone to remember our other son, Ty, that we also went over for and met that day. I know many of you think he was adopted by another family before we got there, but that was not the case. 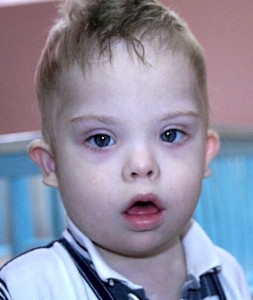 The loss we felt just on our 3rd day of a six week stay made Christmas and New Year's very difficult and made the miles between us and our other 2 children that much more difficult. We did get to meet Ty that day. We met him first in fact. He was so full of life and so tiny and beautiful. We instantly bonded with him as well. We even signed all the paperwork with his new name and had it notarized and taken to offices that would send it to Kiev to await for our court dates for both boys. We in fact had already paid the fees for both boys. By all rights, we were legally committed to both of our children. We learned later that night or next morning, depending on who you spoke to that we would only be bringing home one of our children.

Little did we know that brief meeting of holding, hugging and kissing our son would be our first and our last. That is the reason we have not shown the video footage, but I feel it is time to share with everyone. Adoption is a beautiful thing, but can also be heartbreaking...even terrifying...presumably what happened to us was very uncommon, but I have doubts, strong mommy doubts. But I feel the world deserves to see what a wonderful little boy he was, and hopefully still is.

I also want people to know that the comments of 'Well, arent you glad you didnt bring 2 home with all that happened this year?' No, we are not glad. A life is wasted and lost and I would have taken on ten times more issues this year to save our son. That is like telling a mom who has twins or triplets and one dies, 'Well, at least you still have one or two...'  They are not disposable. They are not replaceable. They are children who have already been thrown away and they deserve parents and love just like any other human being, regardless of if things get a little tough. You dont know tough until you have seen where these children 'live'...a better word would be to 'exist, survive, waste away, treated in ways you could never imagine...so NO, We are not glad. We miss him every day and we will always love him. We will never know what happened to him, but at least we know how it felt to hold and kiss him and maybe for a brief moment he felt a glimmer of love.


So, here is our meeting with Ty...to not realize the first time you hold your baby will be your last is one of the worst feelings you will ever know...but we are glad we were able to tell him we loved him.

Posted by Julie at 10:27 AM
Email ThisBlogThis!Share to TwitterShare to FacebookShare to Pinterest